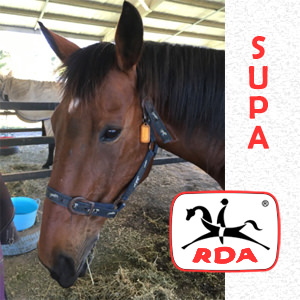 Supa, who was born in 2003, is a big, gentle boy who is a favourite with riders and volunteers alike. He is quiet to ride, has a beautiful nature and easy paces. He is a star in helping our riders go through the transition to independent riding. While relaxing in his stall or in the arena between lessons, Supa sometimes likes to cross his back legs… not often seen in a horse!! 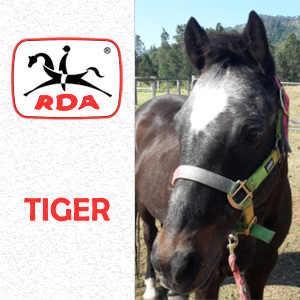 Tiger, born in 1996, is a true Gentleman and a favourite to all. He is very gentle and works in our programme with some of our High Needs and younger riders. He has also competed with our Dressage riders in the NSW State Dressage Championships and won the reserve champion. Tiger sets the bar very high! 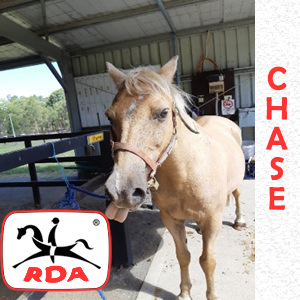 Chase is kind, patient, caring and understanding and is on loan from the same family as Tiger. Chase loves to chat and have fun, and is also a very hard worker. He has a slow steady pace which gives our new riders a lot of confidence whilst they are learning the basics of riding. Chase is the sort of horse our riders feel safe and comfortable on. 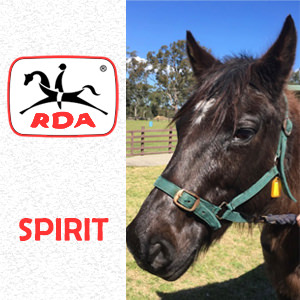 Spirit, born in 1997, spent her time raising 2 little ones, helping out on the family farm with cattle work and helping with training a young rider at the local pony club. Now that she has retired and found she has time on her hands, she volunteers at RDA helping with the next generation of our Riders. She’s the alpha female in the paddock and keeps some of the other horses on their toes. 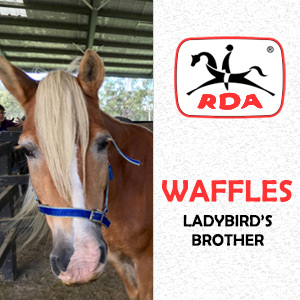 Waffles was born in 1991. He has Model Looks, Model Behaviour … what more can you say! Waffles is one of the RDA Stars!! Not only photogenic, but his understanding and consideration he displays to our riders is amazing. Waffles is our oldest horse 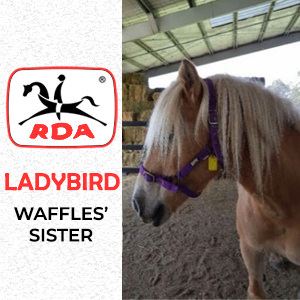 Ladybird, born in 1994, is just like Waffles but a little smaller and a lot paler in colour. She is very patient and gentle and our riders feel very confident riding her. Ladybird has a nice smooth walk and a wide back which helps our riders with their balance. She is a perfect horse for riders developing their riding skills as she can walk up at a fast pace and moves into a trot and back to a walk well. Ladybird will often whinny and call to Waffles if they are not in the same lesson together. 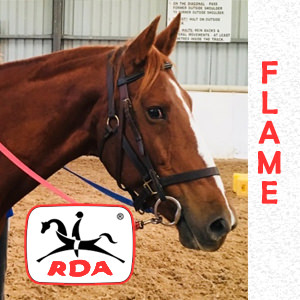 Flame, born in 2003, has seen it all. She was once a Jackaroo school horse …. and has taught city slickers and country folk. We are very glad she is now lending her skills and knowledge to RDA. Flame is a beautiful girl with a shiny copper coloured coat, is good with different levels of rider. She is a favourite with our more advanced riders as she is excellent at all the activities. Pet hate is that red head she sees looking back at her in the mirror, her ears go back and she will bare her teeth at herself, which is quite comical because as soon as she’s past it the smile goes back on. 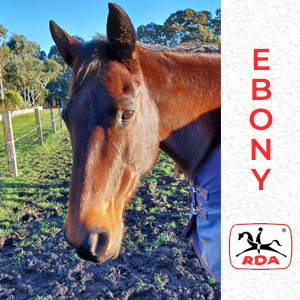 Ebony, born in 2003, was a restricted novice eventer. Had a paddock accident a number of years ago and was put in foal when she healed from her injuries.  She has had one foal. Belongs to Janet Hudson who is leasing her to the centre for use in the programs.  She has 3 nice well-balanced paces and it is hoped that some of our dressage riders will be able to ride at their preferred level i.e. at canter or trot level.  She also has a good turn of speed when ridden in mounted games.

She is a sooky mare who loves nothing better than a cuddle but is the herd matriarch and is not averse to putting the rest of the kids in their place. 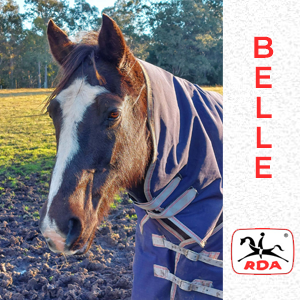 Belle, born in 2001, has previously done trail riding and some ranch work. She has had 5 foals.

She has a lovely temperament and has fitted in really well with the rest of the herd, on her entry to the herd, having spent a week alongside them she just walked through, and they all ignored her, such a gentle soul.  Belle undertook all her training very smoothly, considering she hadn’t seen a lot of our games or been in our indoor arena she was not fazed by our mirrors and the noises that different activities and people made.  Yes, she would have a look, but quickly settled and is a welcome addition to our programs. She is excellent for soothing the nerves of an anxious rider. 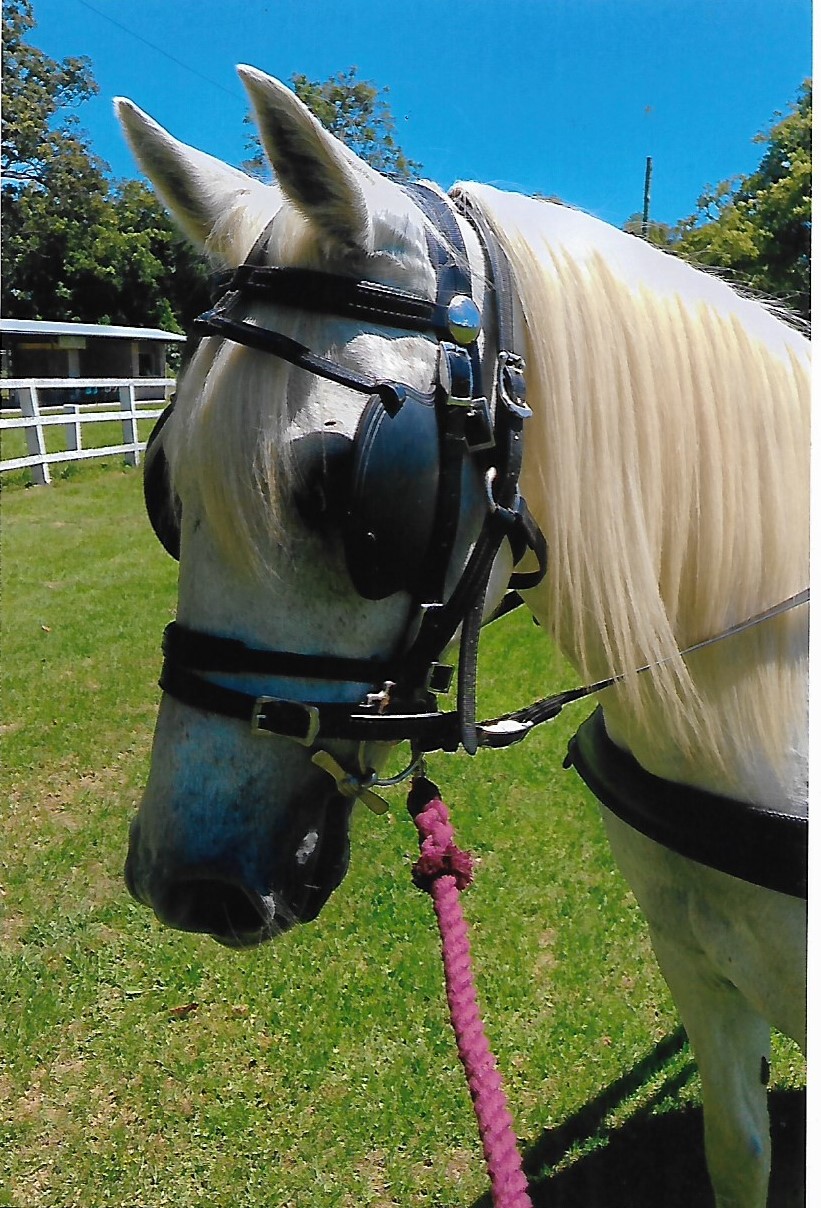 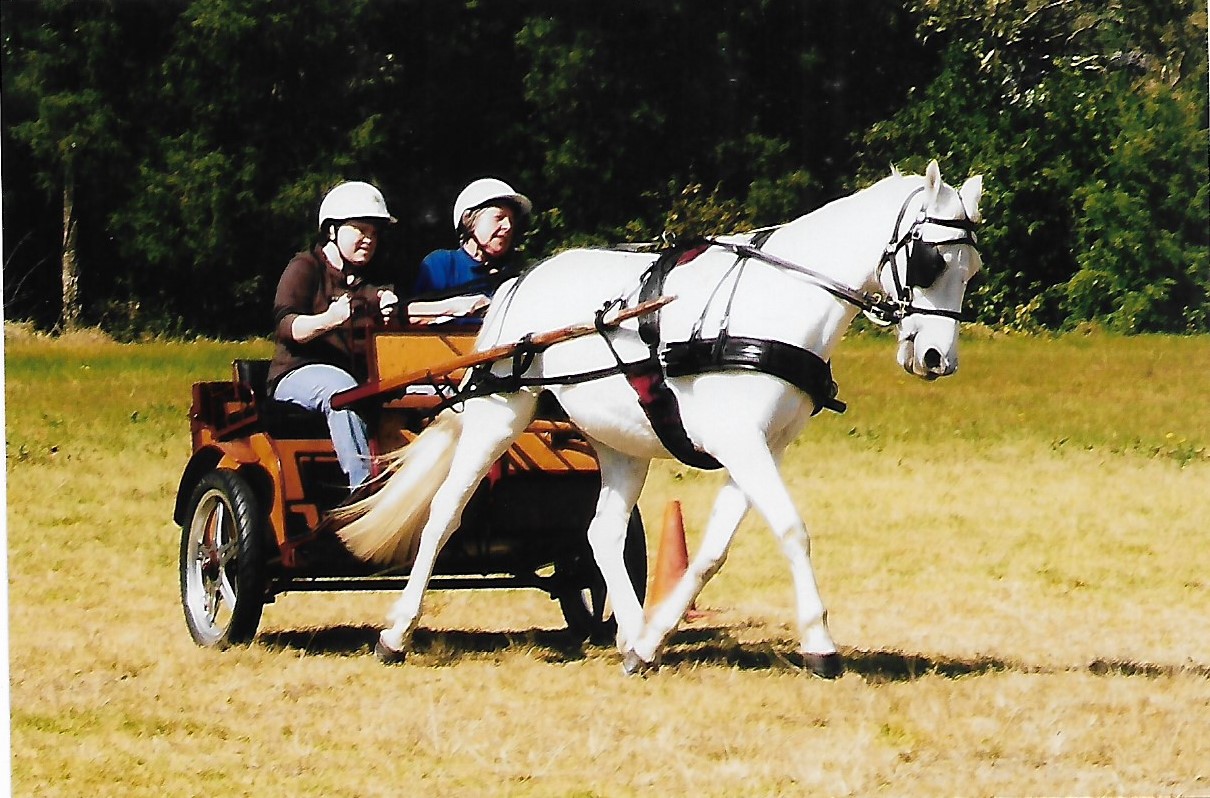 Tinker, born in 1995, was bred at Broadmeadow racecourse, Newcastle, with the intention of producing a mini trotter. She grew too  big and Rosemary has owned her “perfect pony” for 16 years.

Tinker has completed 22 endurance drives, winning all but 3. She has also completed 7 1/2  Henry Lawson drives and all 10 Royal Far West Charity drives as well as  numerous pleasure drives – a total of over 10,000 km, not counting training at home.

Tinker, NSW Endurance Pony of the Year 2009-2016 also held the Distance Achievement award 2010-2016. In more recent years, Rosemary has shared the pleasure of driving her in competition with some of our Junior drivers.

Tinker was accredited as an RDA carriage driving pony in 2012 and has given much pleasure to her drivers living with disabilities, including helping them to win numerous ribbons in the annual RDA NSW Carriage Driving competition and in 2019, RDA NSW  Champion Driver. Her patience in this role is remarkable.

In late 2016 Tinker developed a shoulder problem and though it was easily fixed by a chiropractor, Rosemary decided to retire her from competition. She won her last Enduro at the age of 21.

Tinker has been called a legend, a pocket rocket and a wonder pony. Her speed, stamina and good temperament have combined to make  her what she is. All Rosemary has to do is sit there and she does the rest. Rosemary once said  that when their combined ages reached 100  they would retire. They are now at 109 (in 2022) and still going, though it is all club drives and RDA from now on. Rosemary just  thanks her lucky stars to have such a wonderful pony. 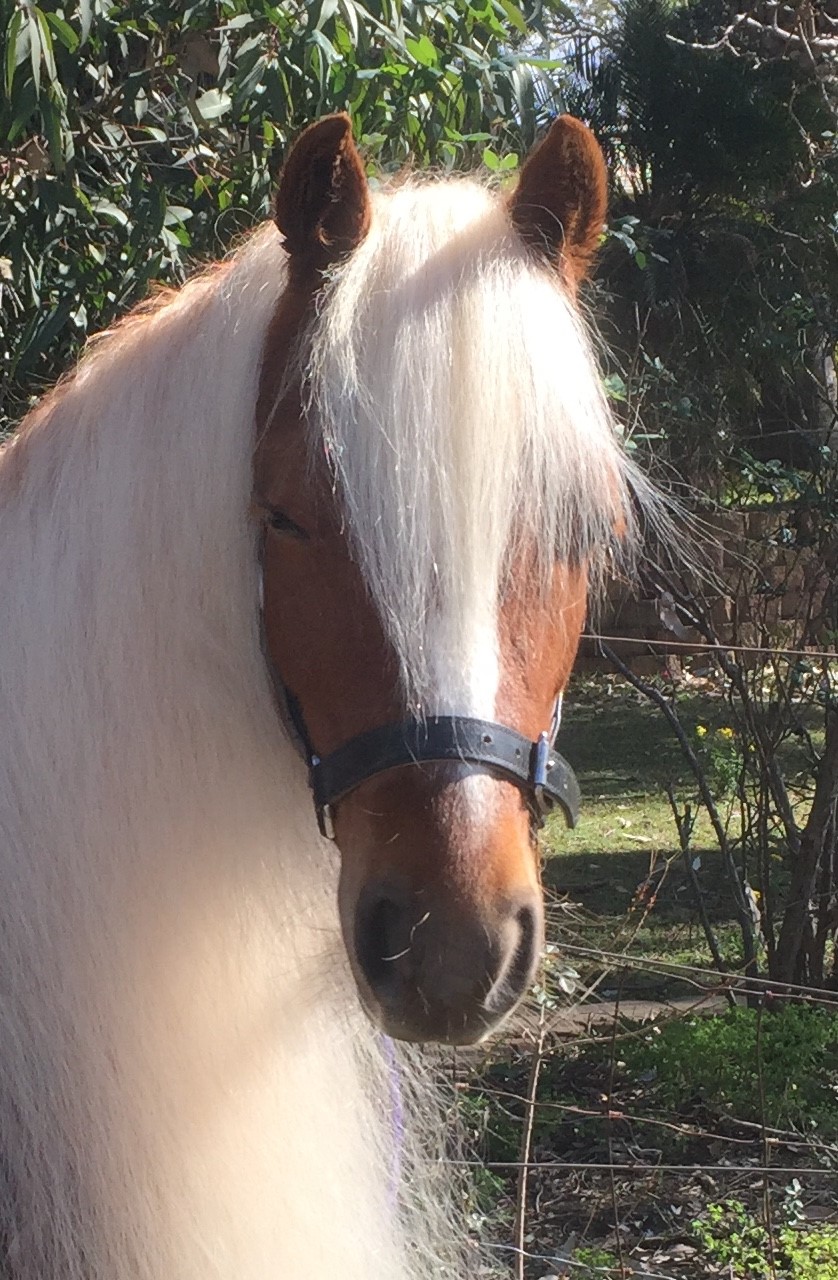 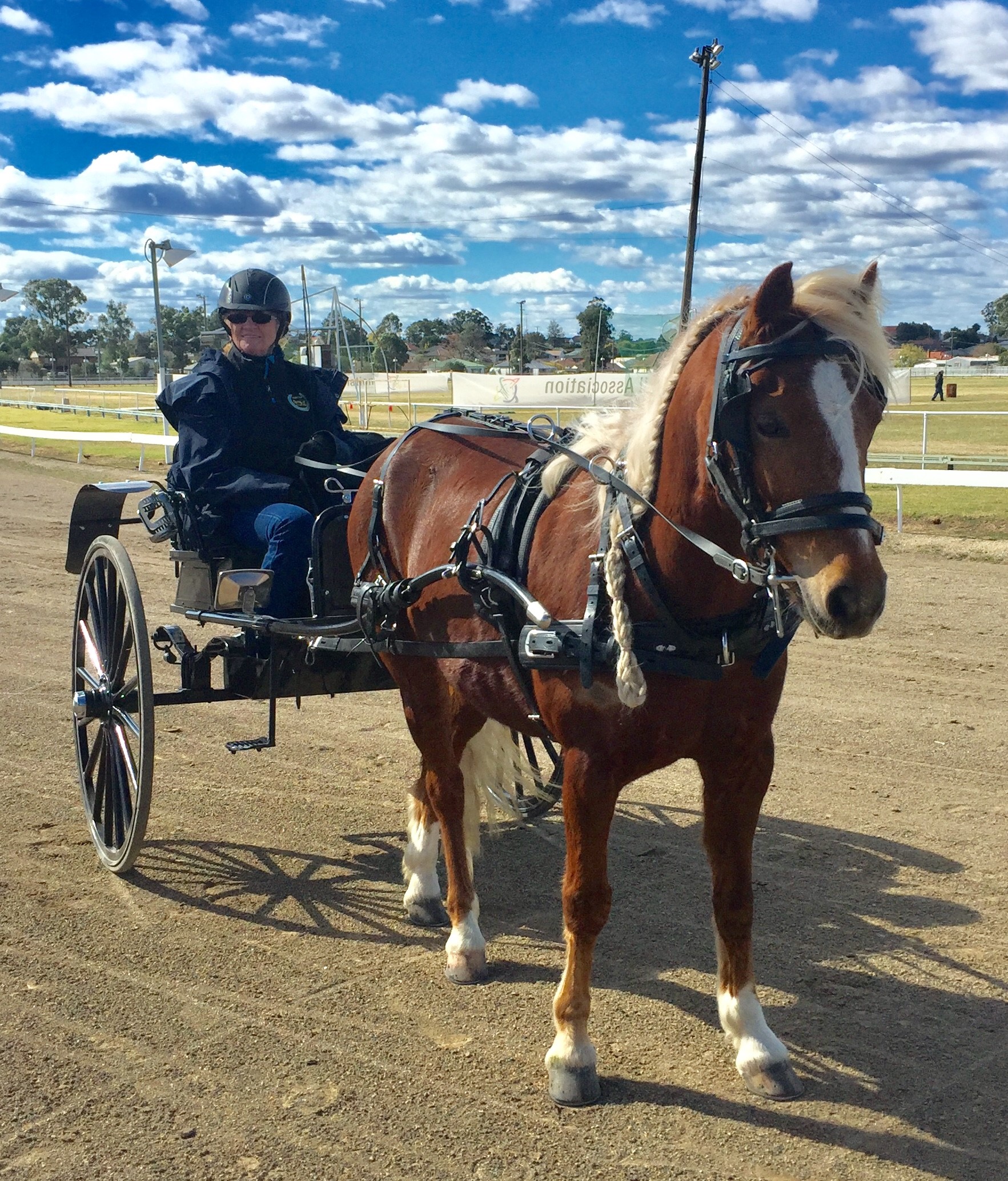 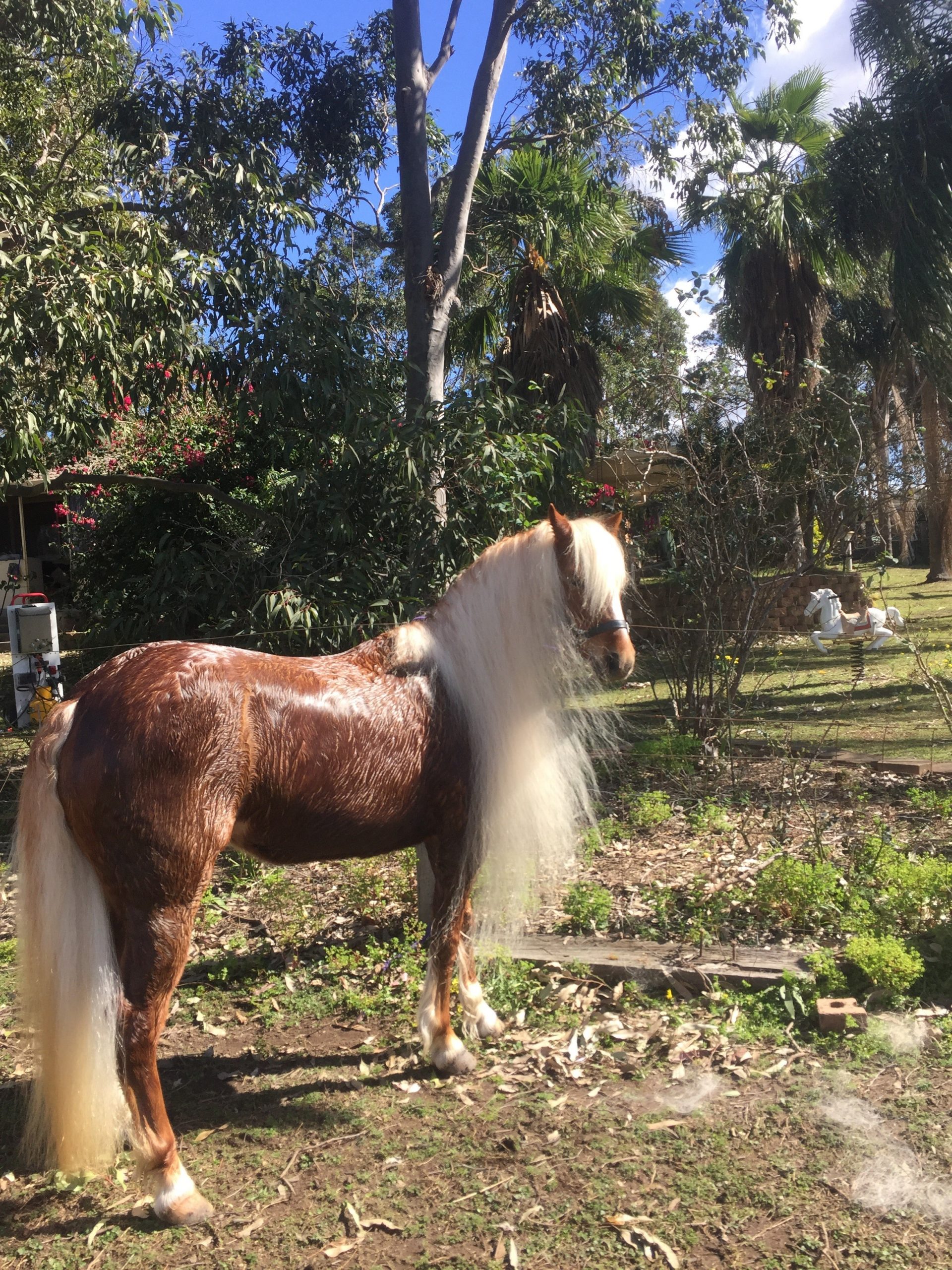 Ruby’s full name is Mithril Jewel Ruby and she was born in 2009. She is a welsh pony who has been in harness since 2014.

Her experience is in pleasure, showing and endurance.

Ruby was accredited to be an RDA carriage driving pony on 28 April 2021 and is owned by long standing RDA Carriage Driving Coach Helen Huckerby.

Helen initially ran the carriage driving program out of the Raymond Terrace centre and now supports the program run out of Stroud.